Wael Lutsi, a columnist for a local Egyptian newspaper, is seen on the banks of the Nile River, Cairo, Egypt, Dec. 28, 2005. Lutsi is a critic of Islamic televangelist Amr Khaled, who had previously been asked to leave Egypt as his revival gained strength. As a result, Khaled started preaching on several television shows, turning him into an international celebrity. Some religious scholars complain that Khaled has not been properly trained in Islam to command such a following. 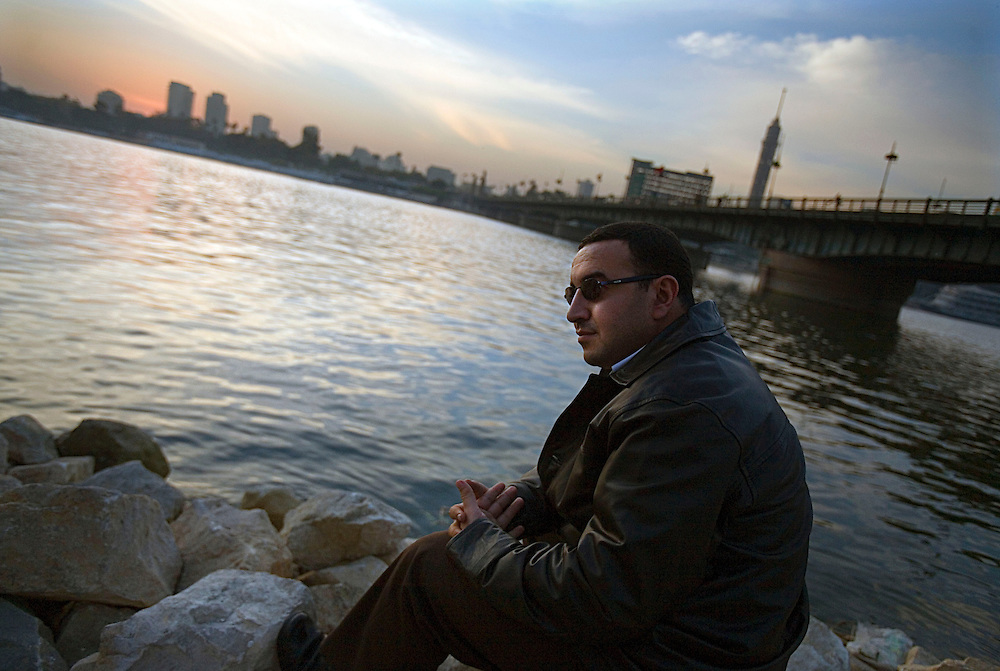