Mona Abdel-Ghani, right, interviews people for her program on local television, Cairo, Egypt, Feb. 3, 2005. She is one of many hosts who now addresses social issues and their relation to Islam on the air. The director of her program helped Islamic televangelist Amr Khaled get his start. Khaled had previously been asked to leave Egypt as his revival gained strength. As a result he started preaching on several television shows, turning him into an international celebrity. Some religious scholars complain that Khaled has not been properly trained in Islam to command such a following. 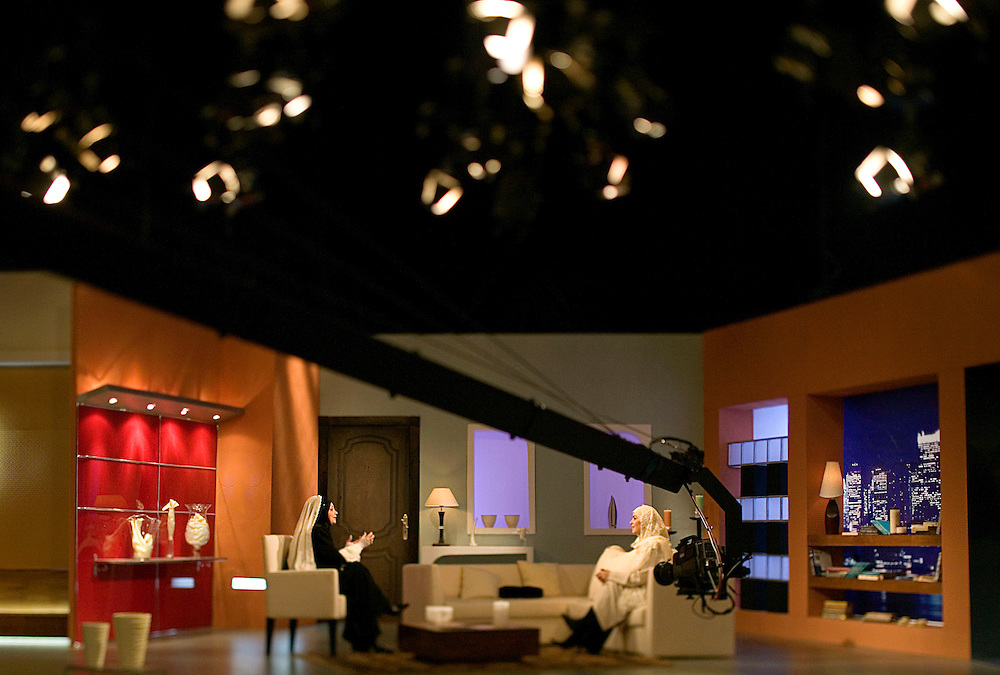