Aisha, 17, breast feeds her 8-month-old son Mohammed, born of a Boko Haram fighter, while visiting with her sisters Hassan and Hussaina. Five girls from their family were taken by the militant Islamist group, which began it’s insurgency against the Nigerian government in 2009. The terrorist group drew global outrage after abducting more than 270 schoolgirls from the town of Chibok. Many of the girls were forced into marriage and motherhood. The Borno State National Emergency Agency estimates tens of thousands more women and girls have also been kidnapped by militants in less-publicized attacks. In armed conflicts, child marriage is increasingly used as a weapon of war, forcing girls to give birth give birth to the next germination of fighters. Thousands of girls remain missing in Nigeria with little help of rescue. Those who manage to escape struggle with little support to rebuild their lives. 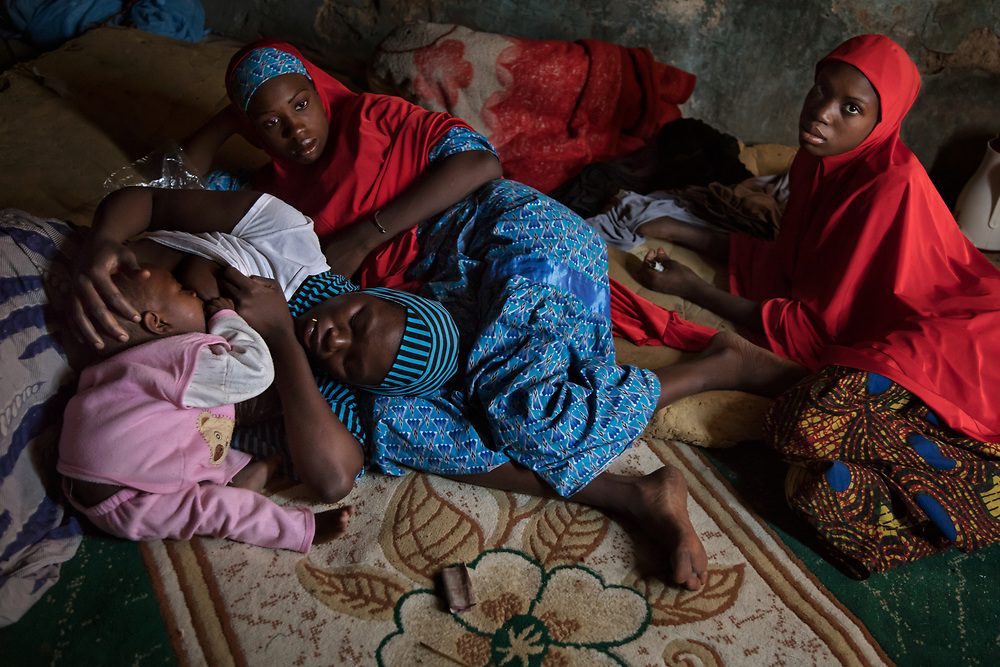