Purnima Shreshta Balami, 15, is prepared for her wedding, though she does not know this at the time in Kagati Village, Kathmandu Valley, Nepal on Jan. 28, 2007. Purnima was told she was marrying the Sun god, a Newari cultural tradition. She later ran away from the ceremony and refused to marry the boy who showed up. The harmful traditional practice of early marriage is common in Nepal. The Kagati village, a Newar community, is most well known for its propensity towards this practice. Many Hindu families believe blessings will come upon them if marry off their girls before their first menstruation. 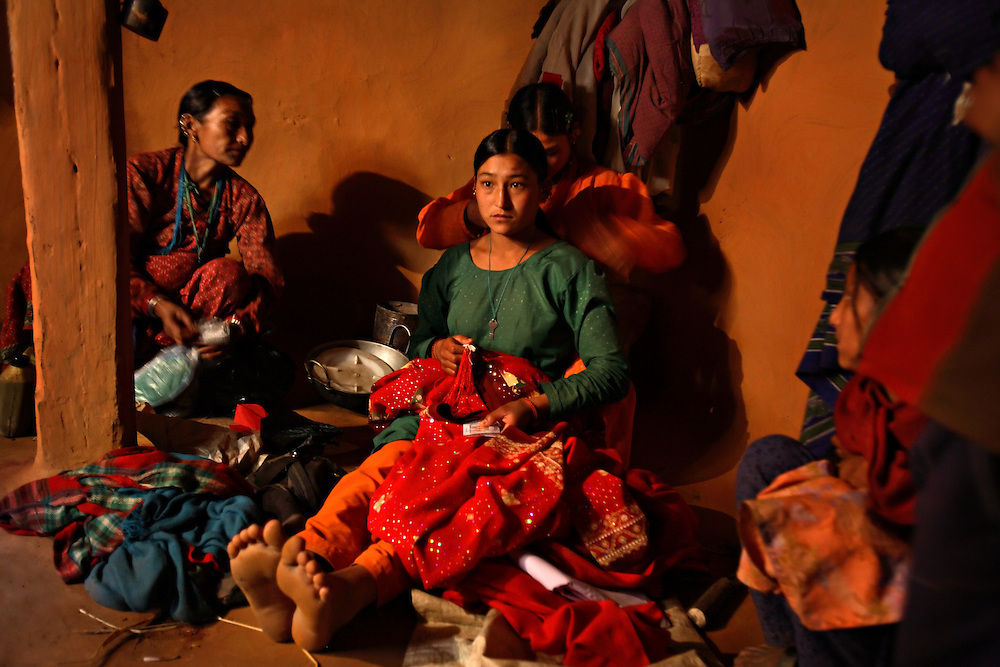