A nine-months pregnant Niruta Bahadur Balami, 14, carries grass to her family's farm for the animals to graze on in Kagati Village, Kathmandu Valley, Nepal on Jan. 30, 2007. Niruta moved in with the family of Durga Bahadur Balami, 17, and became pregnant when they were only engaged. In some circles of the more socially open Newar people, this is permissible. The harmful traditional practice of early marriage is common in Nepal. The Kagati village, a Newar community, is most will known for its propensity towards this practice. Many Hindu families believe blessings will come upon them if marry off their girls before their first menstruation. 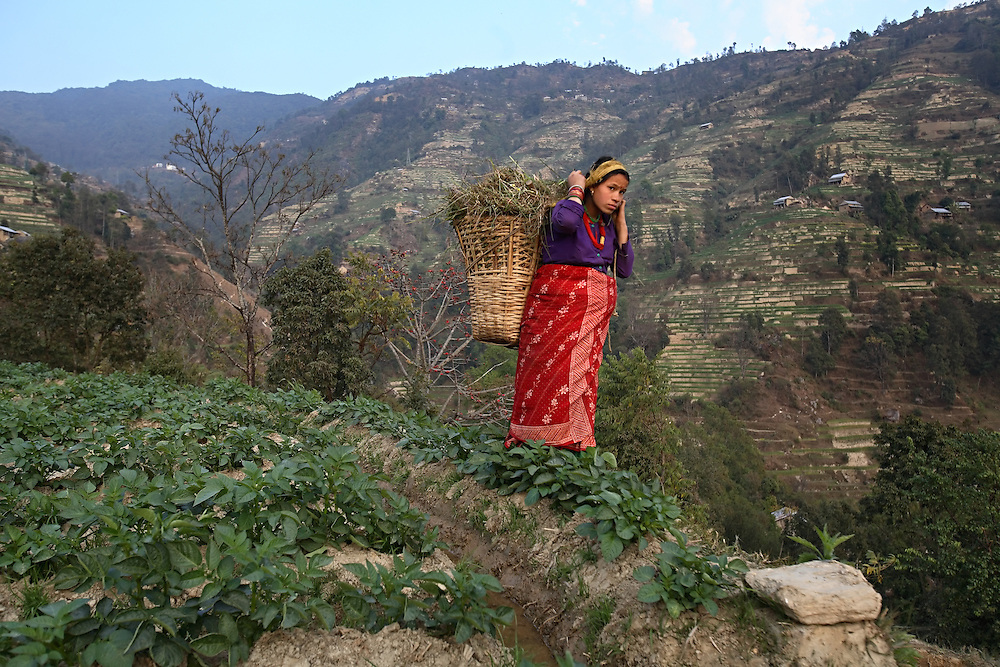