Dr. Ala'a Al-Aswany, left, a prominent Egyptian writer and founding member of the political movement Kefaya, works on a patient in his dental office in Cairo, Egypt on April 4, 2008. "My clinic is my window through which I can see what is happening in my society," said Al-Aswany. Trained as a dentist in Cairo and Chicago, Al-Aswany has contributed numerous articles to Egyptian newspapers on literature, politics, and social issues. His second novel, The Yacoubian Building, an ironic depiction of modern Egyptian society, has been widely read in Egypt and throughout the Middle East. It was translated into English and was adapted into a film (2006) and a television series (2007) of the same name. Chicago, Al-Aswany's latest novel, is set in the American city where he had attended college. 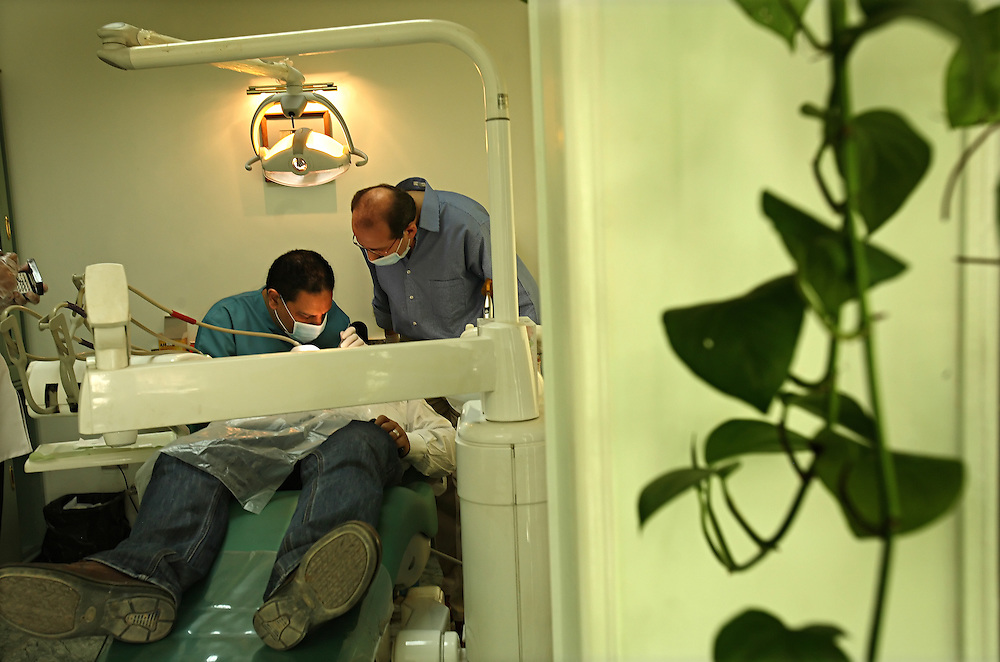