A young girl sits with her mother after her circumcision in Bandung, Indonesia on April 23, 2006. The families of 248 girls were given money to have their children circumcised in a mass circumcision celebration timed to honour the Prophet Mohammed's birthday. While religion was the main reason for circumcisions, it is believed by some locals that a girl who is not circumcised would have unclean genitals after she urinates which could lead to cervical cancer. It is also believed if one prays with unclean genitals their prayer won't be heard. The practitioners used scissors to cut the hood and tip of the clitoris. The World Health Organization has deemed the ritual unnecessary and condemns such practices. 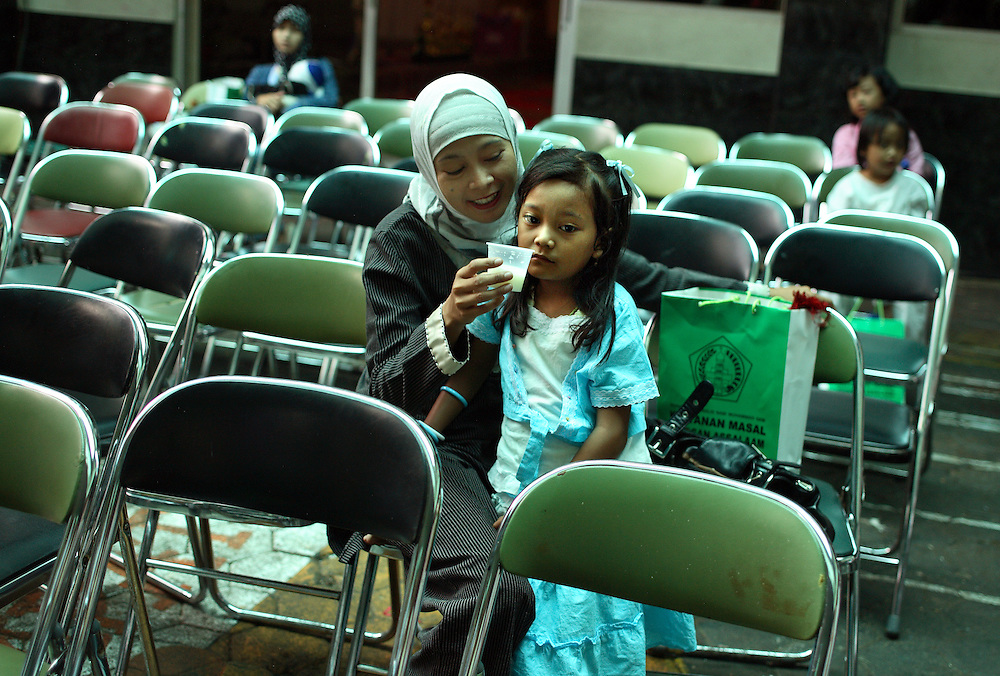