Hospital workers clean the inside of the ambulances used to transport wounded people from the scene of an explosion, Iskandariyah, Iraq, Feb. 10, 2004. A truck packed with an estimated 500 pounds of explosives blew up at a police station. Dozens of would-be recruits were lined up to apply for jobs at the station. A hospital official said at least 50 people were killed and 50 others wounded. The local Iraqi police commander, Lt. Col. Abdul Rahim Saleh, said the attack was a suicide operation, carried out by a driver who detonated a red pickup as it passed the station. 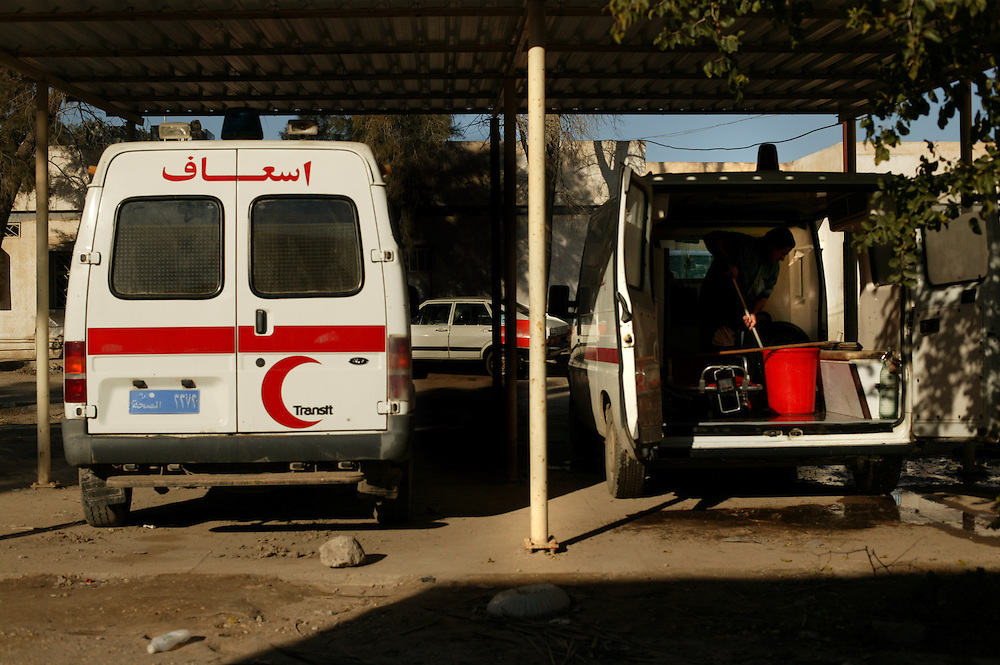