Hassan Kange collapses in grief after identifying the body of his son Ahmad Kange, 13, who died the previous night when an apartment building was hit by an Israeli raid, in Beirut, Lebanon, Aug. 8, 2006.
Ahmad left his home, one block from the scene, to get an ice cream cone when he was killed. The attack, which took place in the residential neighborhood of Chiyah, killed more than two dozen people and wounded scores more. The Kange family were not Hezbollah supporters but Amal supporters, the rival Shia group in Lebanon. 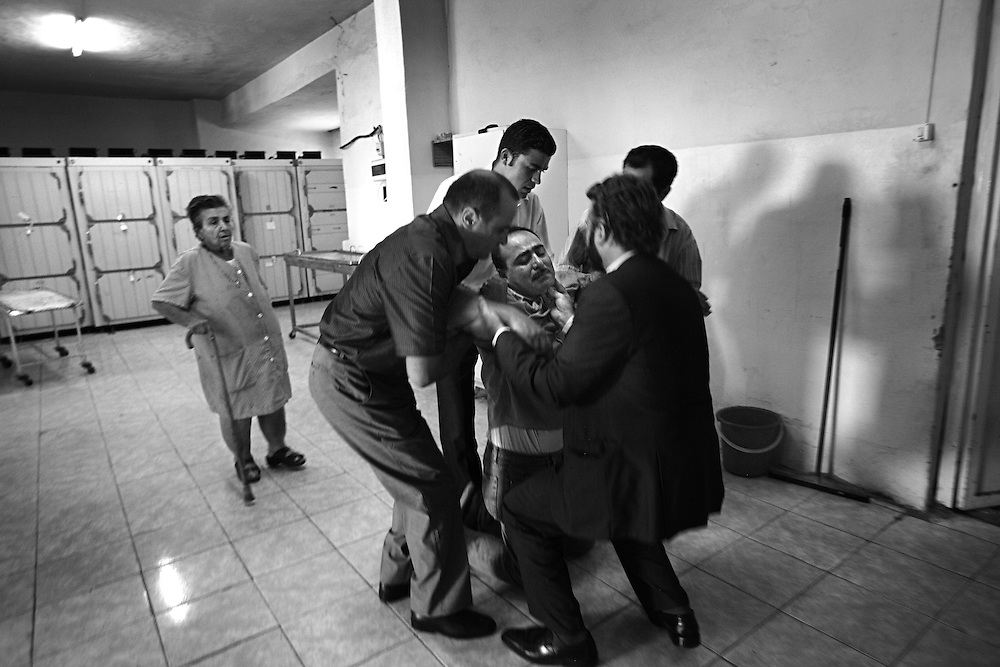