Surgical gloves and masks litter the ground where bodies recovered from a bomb shelter / home that was hit in an Israeli missile strike in the village of Qana were prepared for a mass burial in Lebanon, Aug. 8, 2006. Human Rights Watch and news organizations initially reported that 54 or more civilians died in the airstrike however, a re-examination indicated there were 28 deaths. Human Rights Watch said it discovered the discrepancy as part of a larger investigation of civilian deaths in Lebanon. 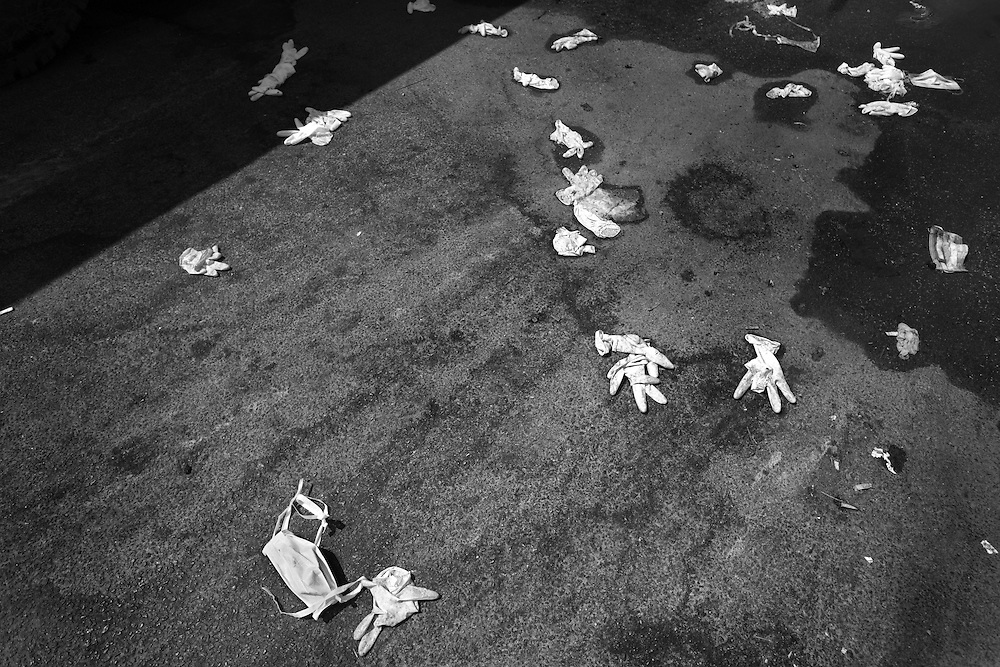