Young female students walk to Mukhtar Mai's house, where their school is located, Meerwala, Pakistan, May 3, 2005. In the background is the mosque where Mai was judged by a tribal council, as a punishment due to allegations against her younger brother, she was sentenced to be gang raped. Mai, 33, went against the Pakistani tradition of committing suicide when she brought charges against the men who raped her nearly three years ago. With money from the ruling she opened two schools, one for girls, the other for boys, citing that education is the only thing that will stop such acts from happening. 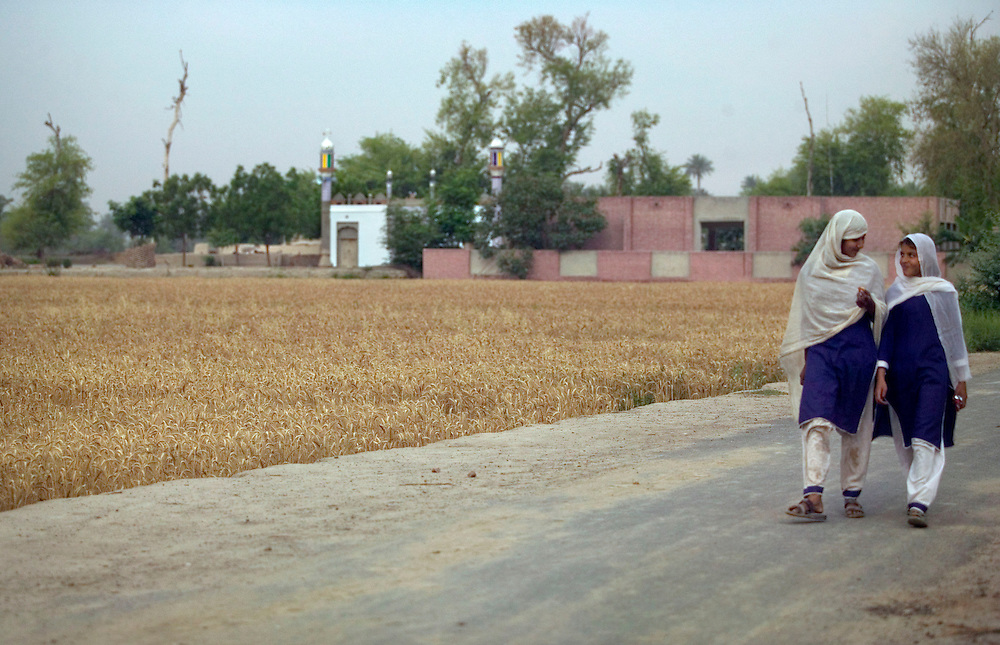