Mukhtar Mai, 33, visits an aunt and family members she hadn't seen for four years, Meerwala, Pakistan, April 28, 2005. Mai, went against the Pakistani tradition of committing suicide when she brought charges against the men who gang raped her nearly three years ago. She has limited her movements because of threats made against her. With money from the ruling she opened two schools, one for girls, the other for boys, citing that education is the only thing that will stop such acts from happening. 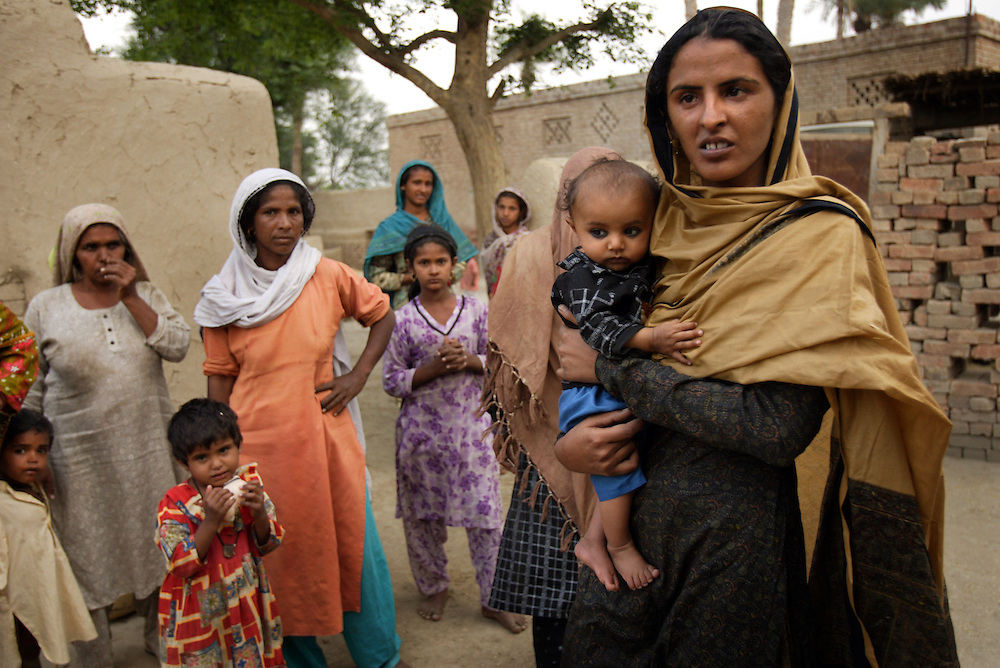