Scarlett J. Sullivan, who performs as a clown in the show, relaxes in her room onboard the train between performances in Washington D.C. 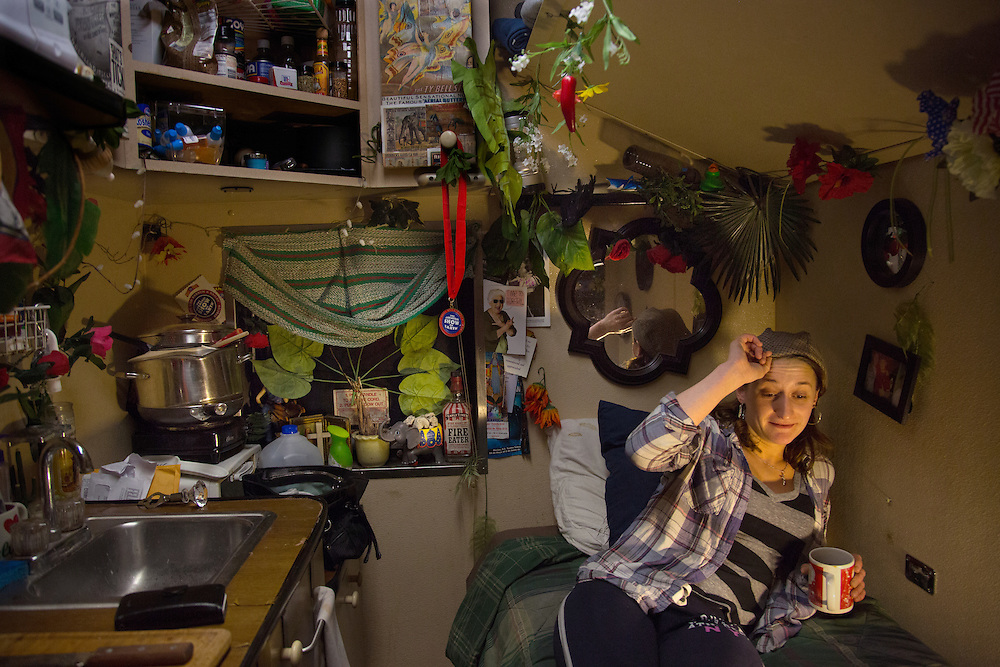