Sandor Eke holds his infant son Michael Eke while Andrew Hicks gets ready for the show in "Clown Alley" in Washington D.C. 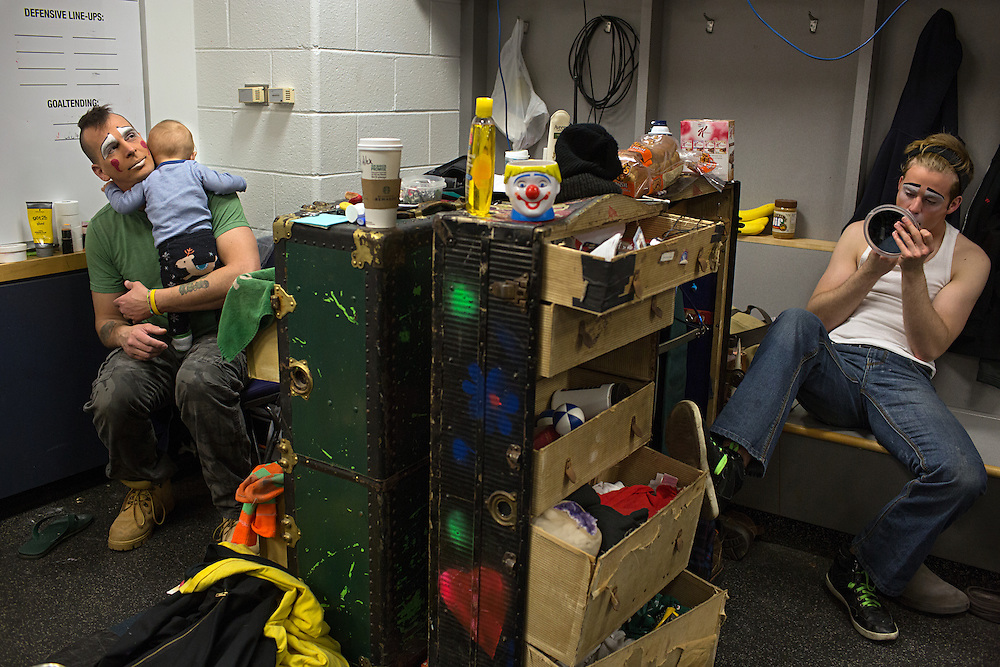