Victor Rossi, a clown who began his career in France, casually spins a ball as other clowns get ready for the show in "Clown Alley." 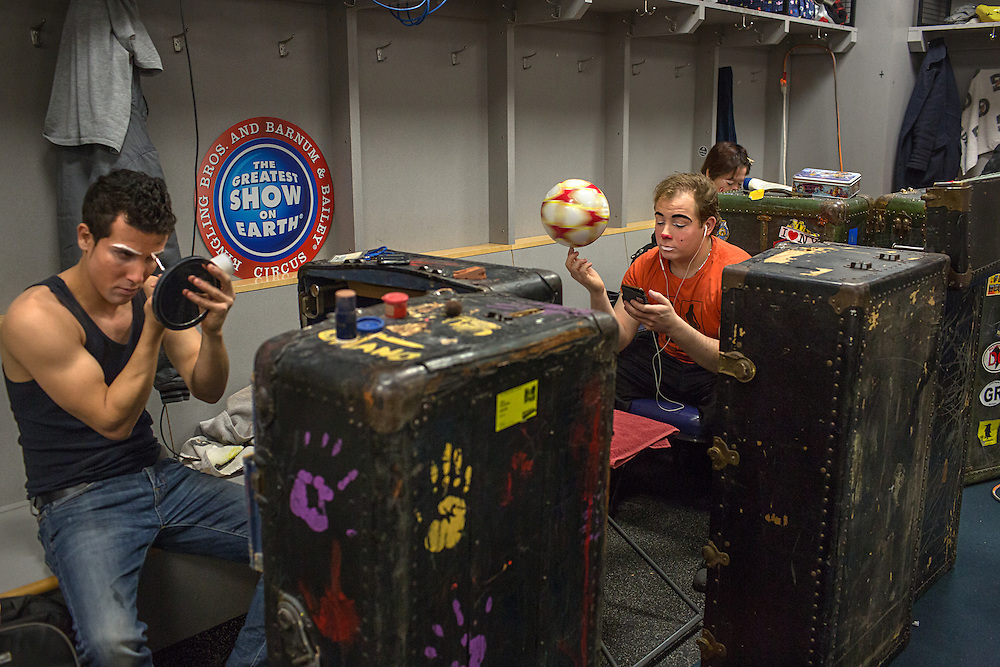