Victor Rossi, a clown who began his career in France, waits to begin the pre-show performances.
Ringling Bros. and Barnum & Bailey Circus started in 1919 when the circus created by James Anthony Bailey and P. T. Barnum merged with the Ringling Brothers Circus. Currently, the circus maintains two circus train-based shows, the Blue Tour and the Red Tour, as well as the truck-based Gold Tour. Each train is a mile long with roughly 60 cars: 40 passenger cars and 20 freight. Each train presents a different "edition" of the show, using a numbering scheme that dates back to circus origins in 1871 — the first year of P.T. Barnum's show. 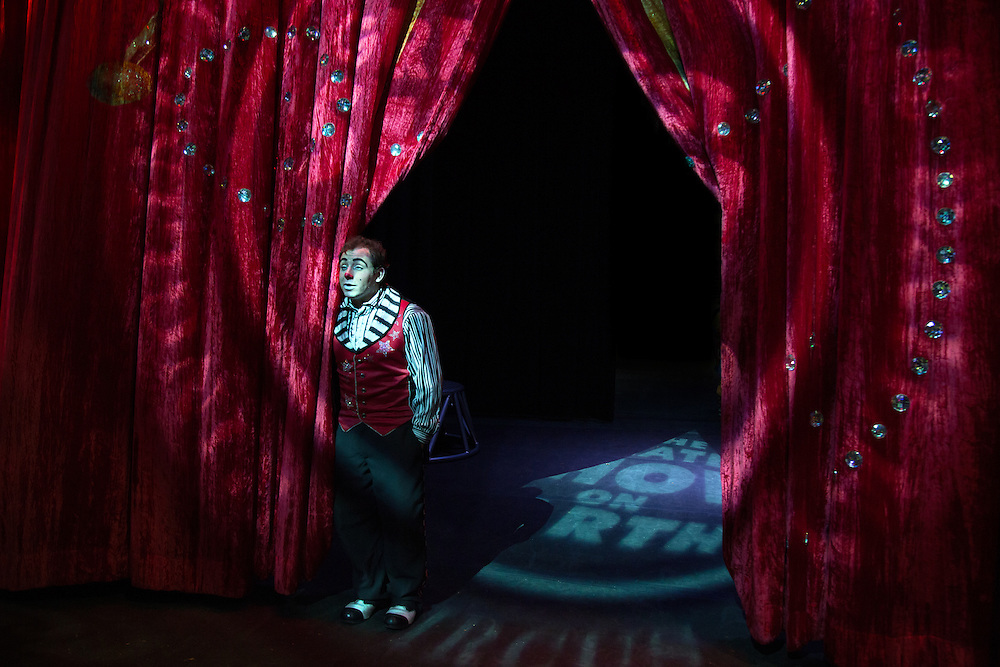