Ringmaster Johnathan Lee Iverson, 39, gives his daughter Lila, 6, a kiss in his dressing room before a performance. Johnathan Lee Iverson made history at only 22 years old, when he became the youngest, the first New Yorker, and the first African American ringmaster in the nearly 140 year history of Ringling Bros. and Barnum & Bailey circus. 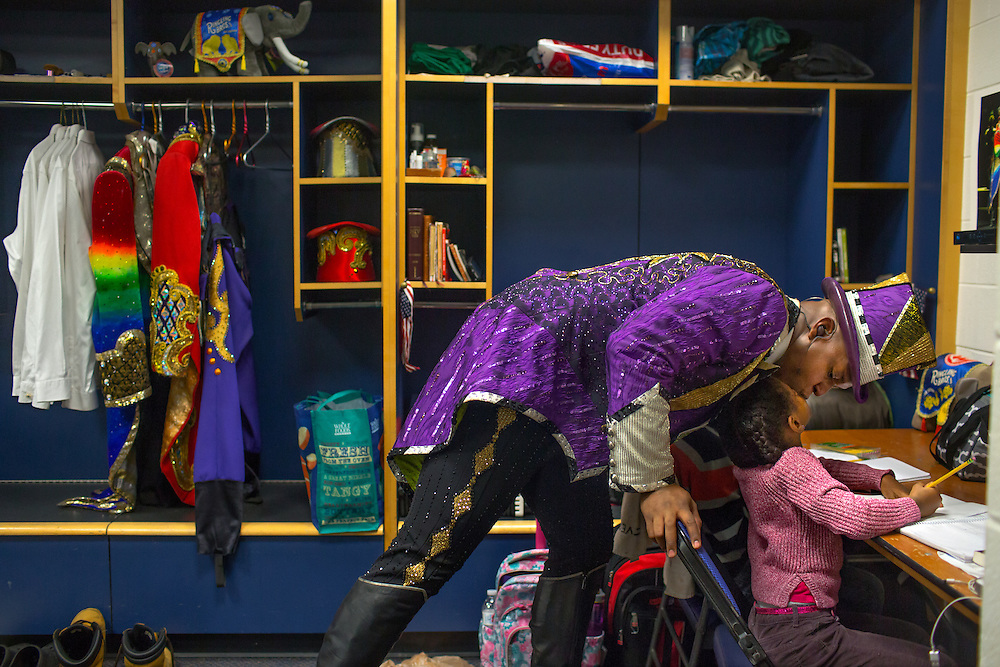