Elephants disembark the train on a break to stretch their legs on the train ride between Richmond, VA and Washington DC. 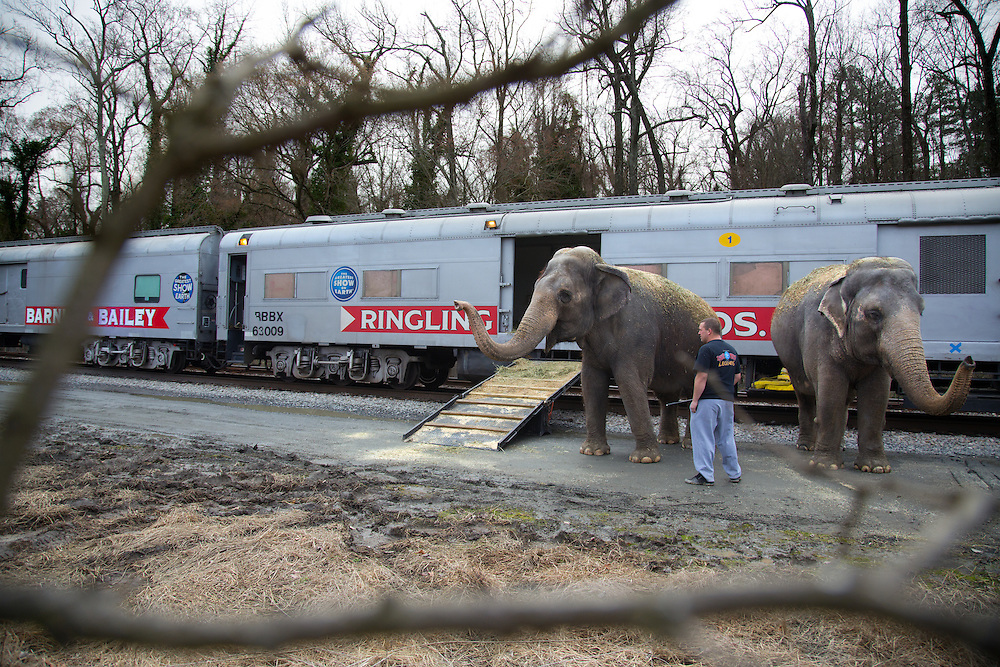