Brazilian actor Paulo Cesar Oliveira dos Santos gets ready for a performance in the train car he lives in with his family. 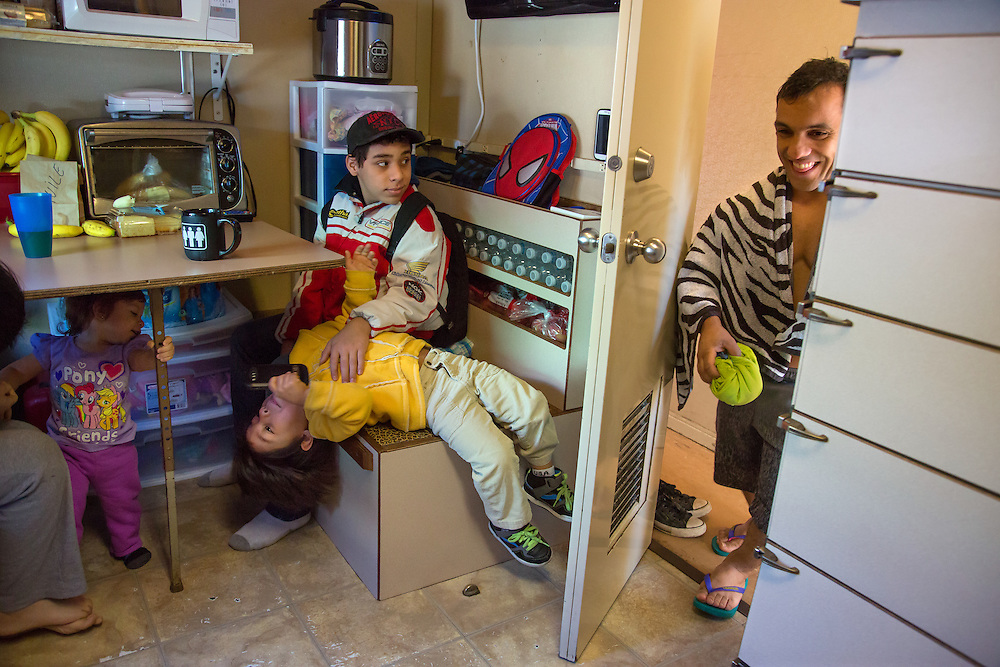