Ryan Schneider, who rides a motorcycle on a highwire during the show, practices a new act after a performance in Washington D.C. It is common for the performers to exercise and practice their routines after shows, taking advantage of the adrenaline from the evening's event. 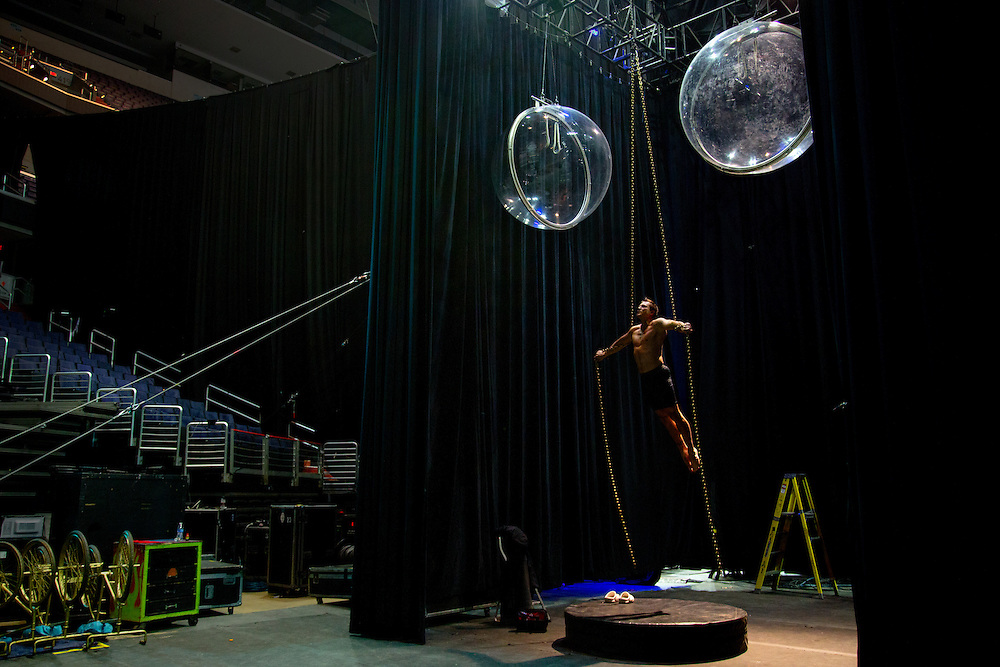