Circus clown Dj Weiss relaxes on the trainin a friends room, during the train ride between Richmond, VA and Washington DC. Weiss' sister is a clown on one of Ringling's other traveling shows. His mother was also a clown. 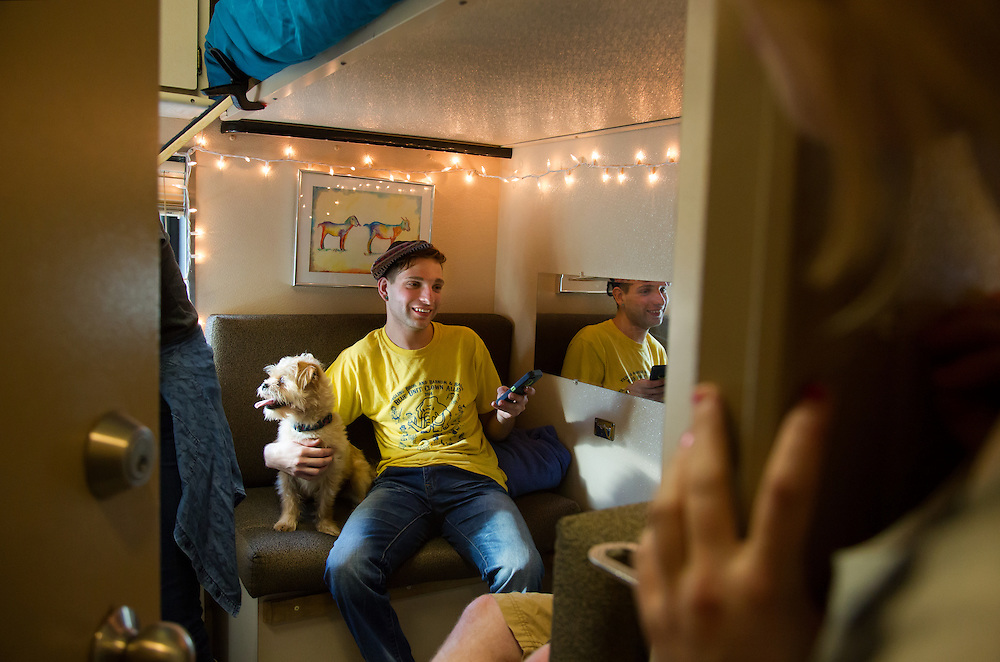