Performers and crew board the bus that transports Ringling Brothers staff from the train to the arena before a show. The train was stationed in Washington D.C., but they were performing in Fairfax, Va. 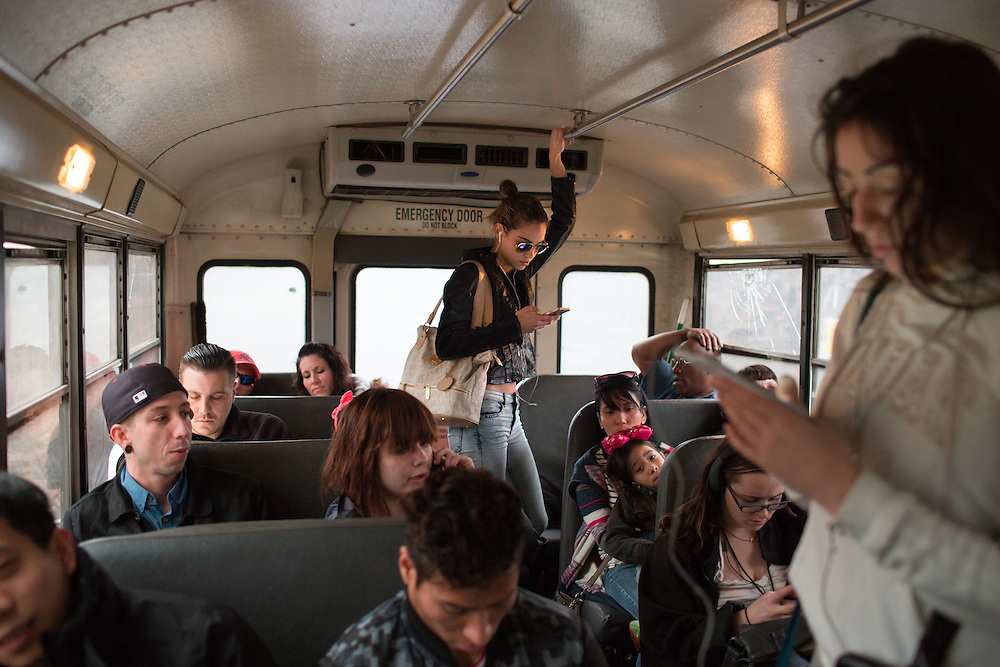