Ringling Brothers in Fairfax, Va.Adrielle Stankowich Alves, a new female, rider is trained to be part of the Globe of Steel act between performances in Fairfax, Va. Most of the performers in this act are from the Torres Family, led by Ariel Torres, who raced professionally in many motocross circuits thriving in Latin America before joining the circus.
Ringling Bros. and Barnum & Bailey Circus started in 1919 when the circus created by James Anthony Bailey and P. T. Barnum merged with the Ringling Brothers Circus. Currently, the circus maintains two circus train-based shows, the Blue Tour and the Red Tour, as well as the truck-based Gold Tour. Each train is a mile long with roughly 60 cars: 40 passenger cars and 20 freight. Each train presents a different "edition" of the show, using a numbering scheme that dates back to circus origins in 1871 — the first year of P.T. Barnum's show. 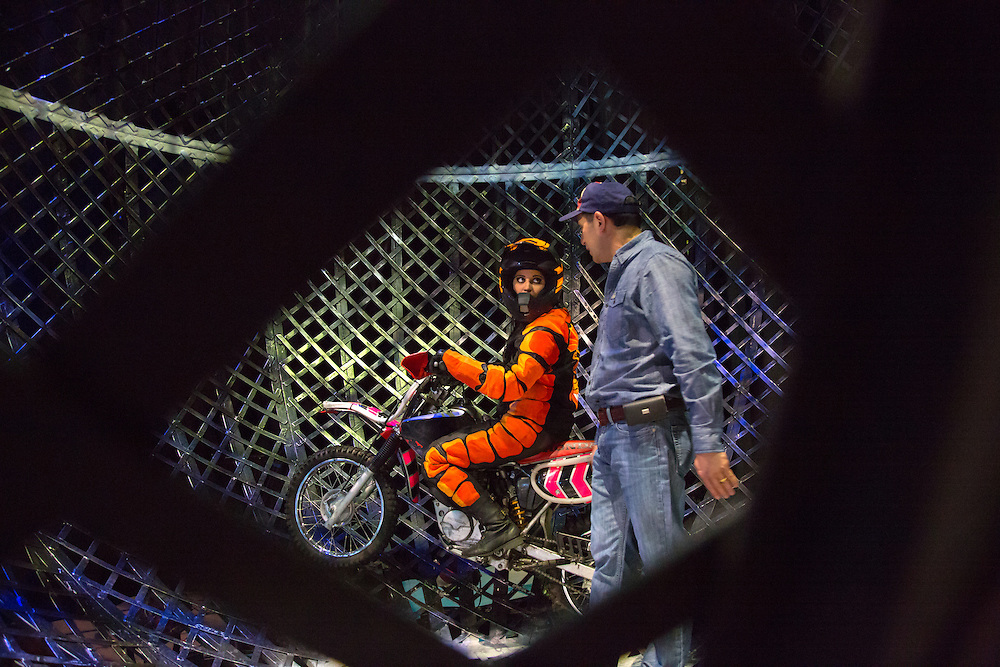