Andrei Ricardo Peixotode Oliveira, a trapeze flier, rests with one of his dogs in his train car before the show in Washington D.C. He comes from many generations of fliers. 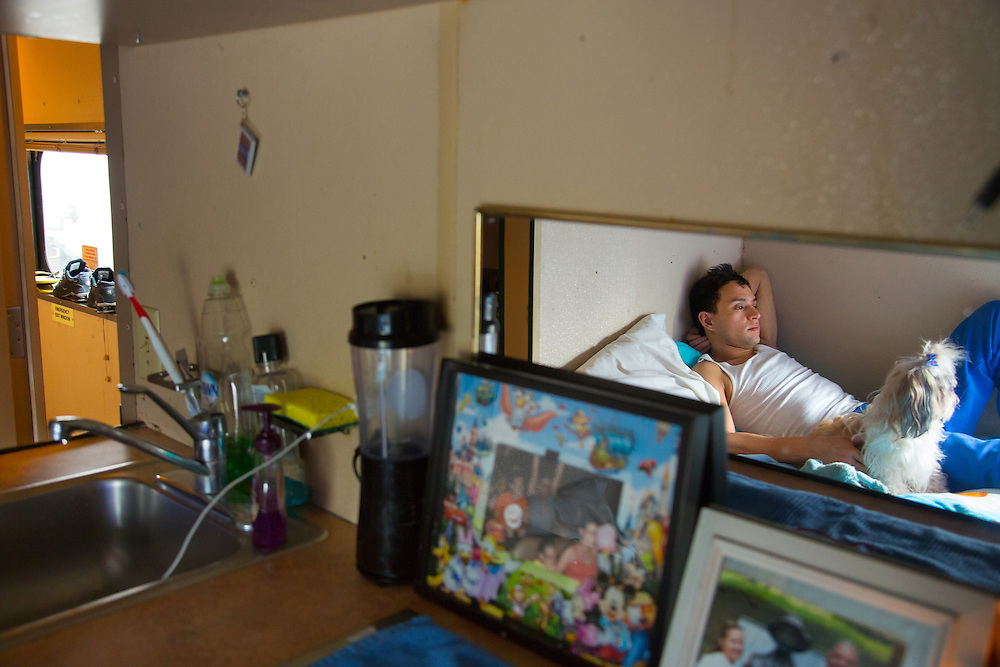