Brazilian actor Paulo Cesar Oliveira dos Santos walks his son Kauile dos Santos, 7, to school inside the arena where they were performing in Washington D.C. The school travels with the circus and works from a homeschool curriculum. 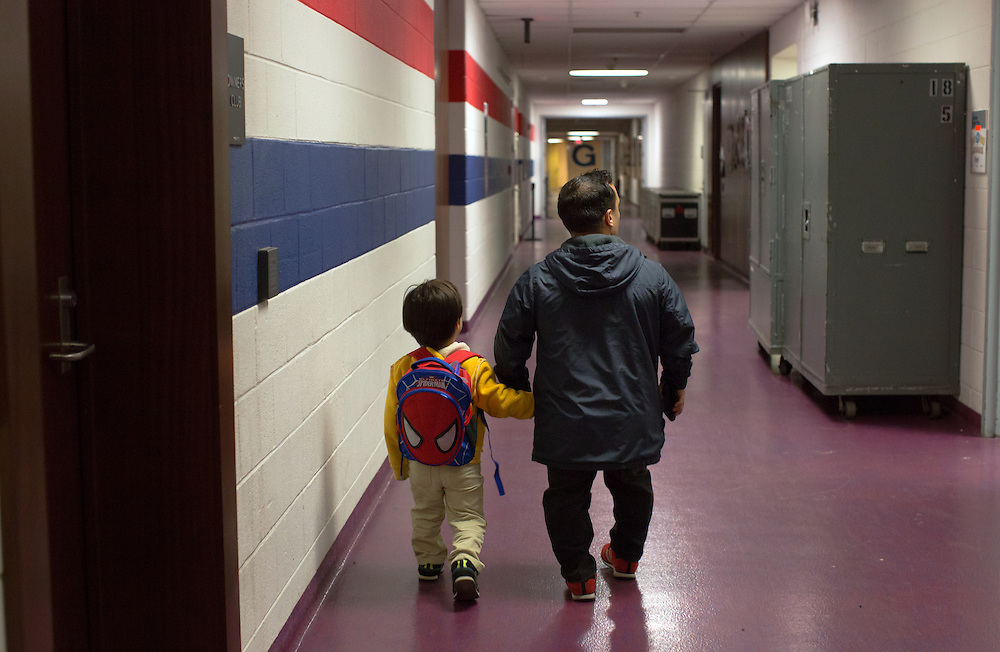