Police Chief Cathy L. Lanier converses with neighborhood residents, including Marilyn Wyche, 46, right, while on patrol with Capt. Ralph Ennis in Washington, D.C. on March 16, 2009. Wyche is a volunteer for the Metropolitan Police Department, MPD, Police Auxiliary Service. Lanier, chief of police with the Metropolitan Police Department of the District of Columbia, MPDC, rose to her position from humble beginnings: she was a high-school dropout after ninth grade and an unwed mother at the age of 15. Despite a rough start, she later earned advanced academic degrees from the Johns Hopkins University and the Naval Postgraduate School in Monterey, Calif., where she completed a Masters in Security Studies. Lanier also attended the John F. Kennedy School of Government at Harvard University and is a graduate of the FBI Academy and the University of the District of Columbia. She has been on the force for 18 years. 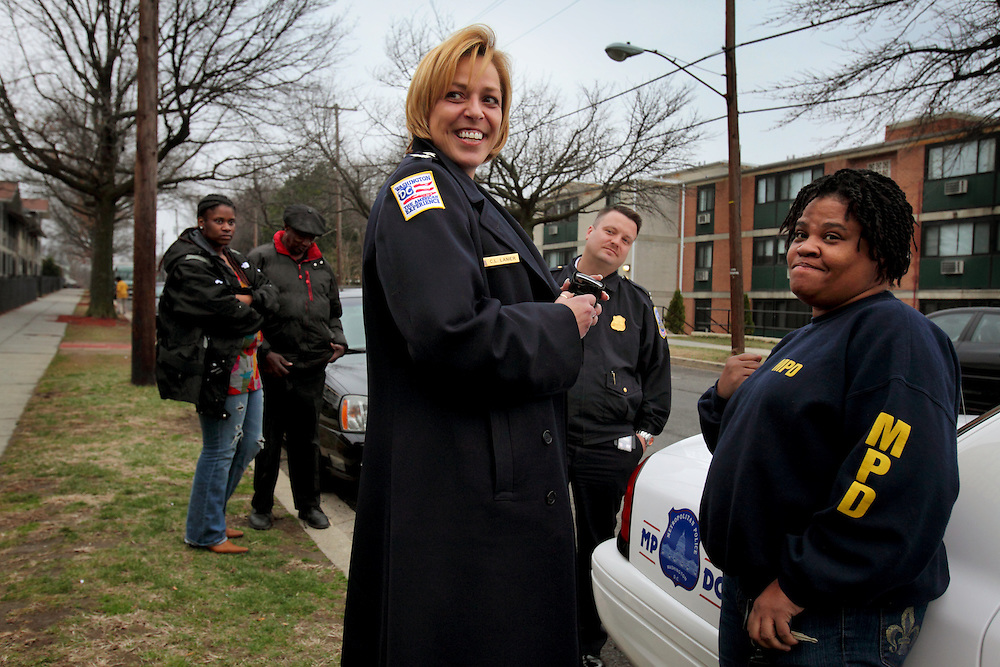