Portrait of clown Sandor Eke and his son Michael Eke. "I [was] born in Hungary and my parents were worked in the circus. [Since] I was one and a half years old, my mom and my dad, both worked in circus. She [was] an announcer and my dad became a tent master. For me lions and tigers and elephants walking around me was just natural. [We traveled] from town to town. My son was born into the circus and many people ask me 'Oh, next generation of clowns, performers,' and I'm like 'Absolutely not! He's going to be a dentist, a lawyer, a professional athlete, a millionaire, a billionaire, I don't know.' But of course, it's kind of a joke. If he likes it, if he has skills for it. I mean... he's already trying to juggle. He can disappear really fast, so he might be a magician. I don't know." 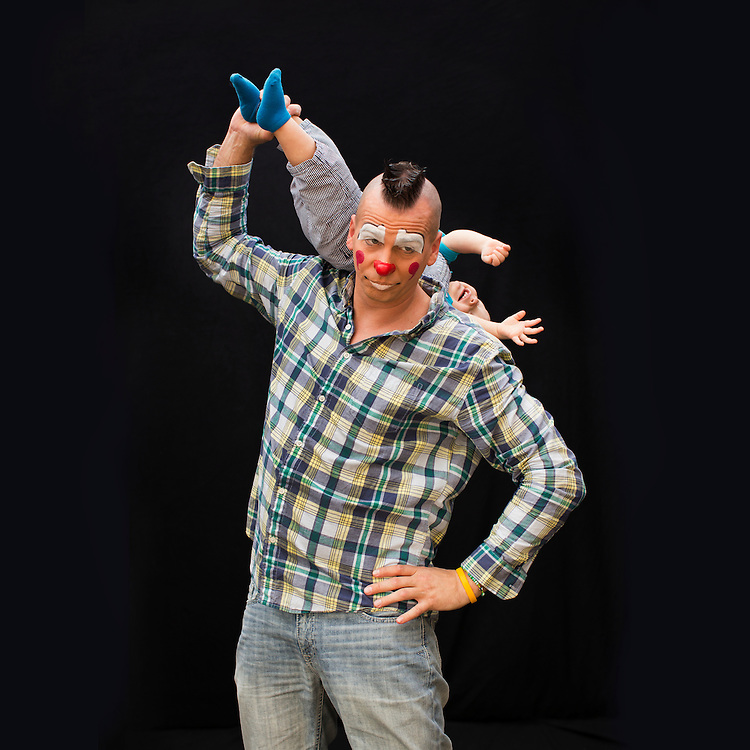