Police Chief Cathy L. Lanier leads a roll call for police officers in District 6 in Washington, D.C. on March 16, 2009. Lanier, chief of police with the Metropolitan Police Department of the District of Columbia, MPDC, rose to her position from humble beginnings: she was a high-school dropout after ninth grade and an unwed mother at the age of 15. Despite a rough start, she later earned advanced academic degrees from the Johns Hopkins University and the Naval Postgraduate School in Monterey, Calif., where she completed a Masters in Security Studies. Lanier also attended the John F. Kennedy School of Government at Harvard University and is a graduate of the FBI Academy and the University of the District of Columbia. She has been on the force for 18 years. 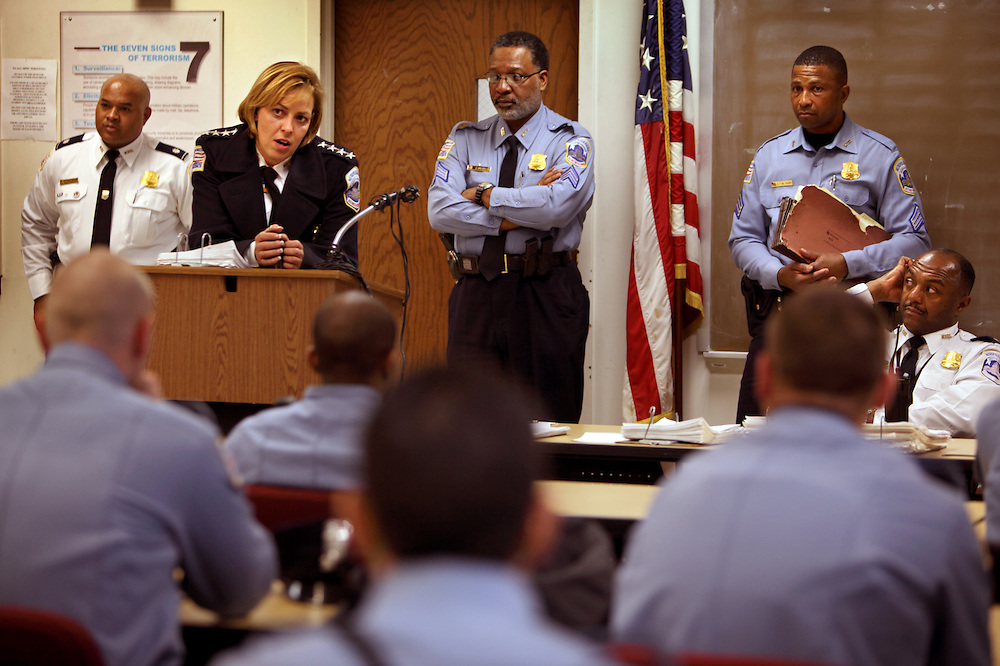