Portrait of Li Jiahui and Zhao Qianyu, both of the China National Acrobatic Troupe that is currently performing with Ringling Bros. 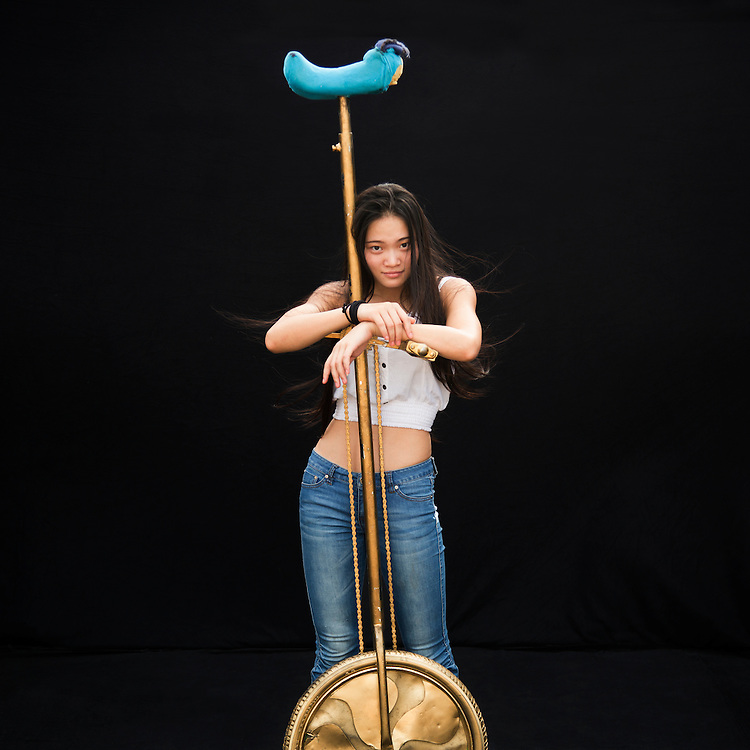