Kristine Villanueva, 3, looks at family photographs from the Philippines while Rosalie Villanueva, 35, talks to her mother by mobile phone after working the night shift as a nurse at the Al Rahba Hospital in Abu Dhabi, United Arab Emirates on Feb. 2007. Rosalie met her husband Christopher Villanueva while they were both OFWs working in Saudi Arabia. They both later got jobs in Abu Dhabi, but decided to leave one of their three children, Precious Lara, with Rosalie's parents in the Philippines. Isolation and damaged family relations due to time spent apart is one of the major sacrifices made by OFWs. 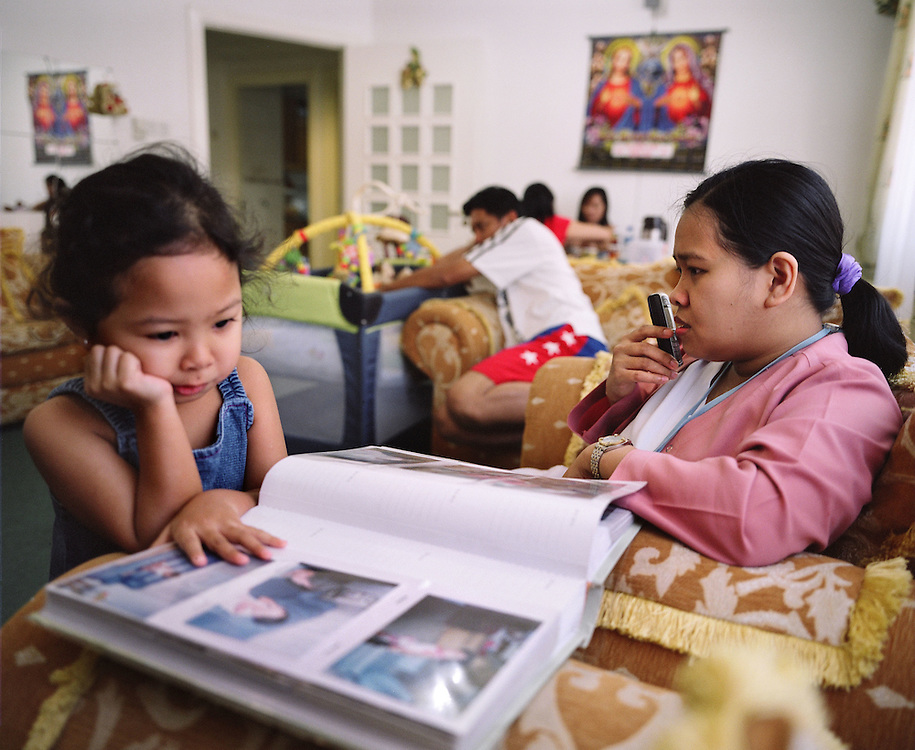